Photograph depicts a street view of the The Hollies at 6450 West Boulevard. 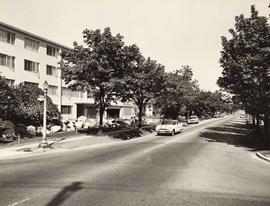 Photograph depicts a street view of the The Hollies at 6450 West Boulevard.

Photograph depicts construction on an apartment building at 1433 Beach Avenue.

Nine storey concrete building, partially completed in centre right of image; crane over top of building, with concrete panel and scaffolding suspended by hook; cars on street in front of building. 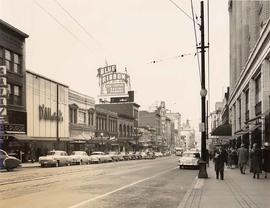 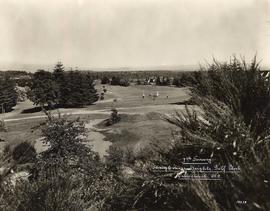 Landscape showing foliage and rough grass area in foreground; golfers walking on fairway with trees and sand traps to left. 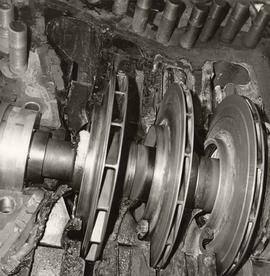 Photograph depicts a close up image of machinery.

Large pole fitted with three discs, set in metal or concrete; bolts on left and top sides of image. 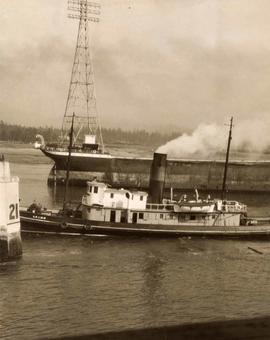 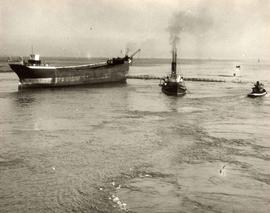 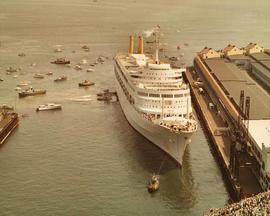 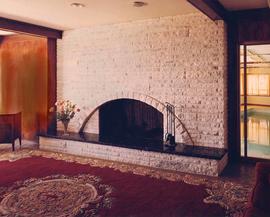 A stone fireplace and hearth, Interior of the Ross Residence, Vancouver, BC

This photograph is associated with J.A. & C.H. McDonald.