White water creek rushing over rocks in canyon; rock walls on either side of creek, with light forest cover. 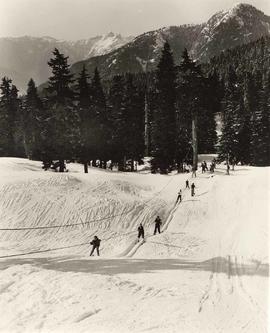 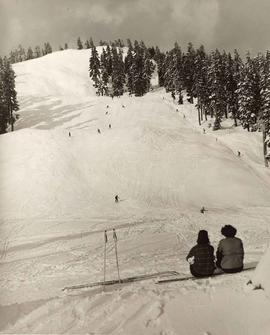 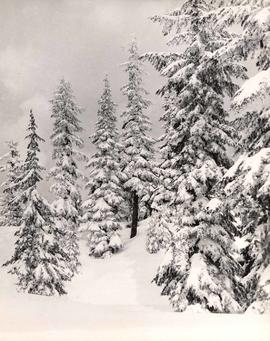