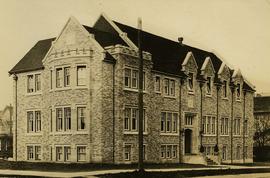 Photograph depicts the original Vancouver Jewish Community Centre on 12th and Oak. Written on verso: "Ben, This our community centre where all the Jewish clubs meet and affairs held. Its a beautiful building. Esther". 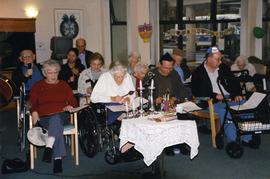 Photograph depicts the third night of Chanukah at what appears to be an assisted living facility (Louis Brier Home). From L-R Sylvia Ruskin, Minnie Toft, and Barry Demsky. 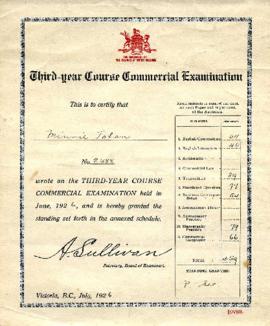 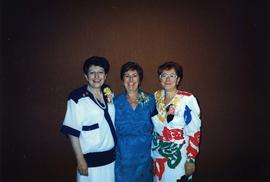 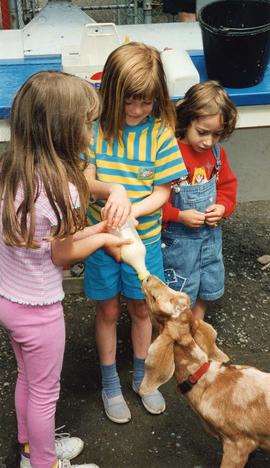 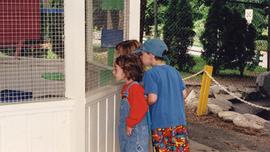 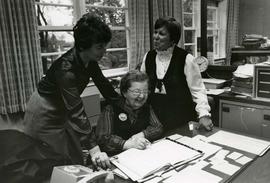 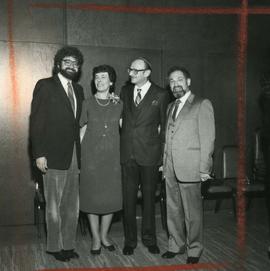 [Three men and a woman posing for the camera]

Photograph depicts three men and a woman posing for the camera. Rabbi Wilfred Solomon is on the far right. 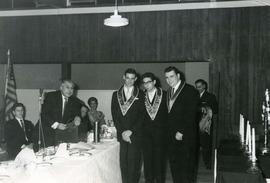 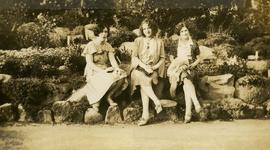 [Three unidentifed woman sitting on rocks in a garden]