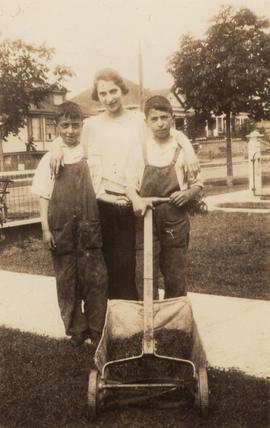 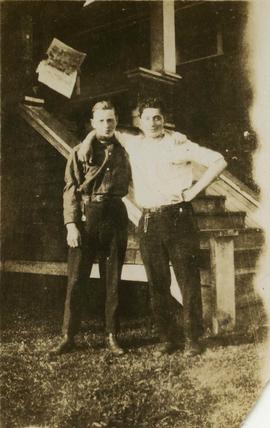 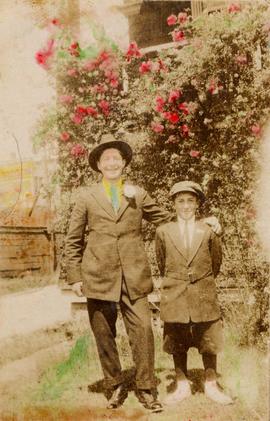 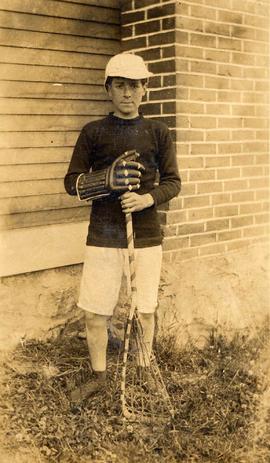 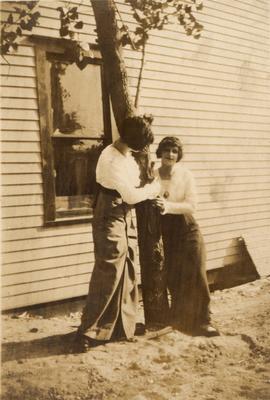 Image of two women holding onto a tree with the wall of a building behind them. On back, writing in pen says "The one with the light skirt is Betty who is 19 yrs. And the one with the dark skirt is Mary, who is 18 yrs. This was taken near our new home which was built lately." Betty and Mary were Judy, Dorothy and Lillian's cousins from Seattle. 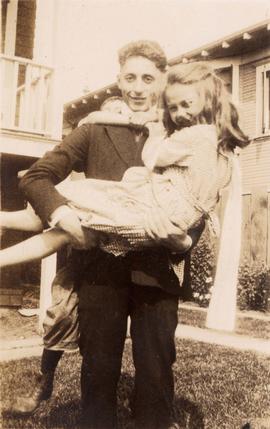 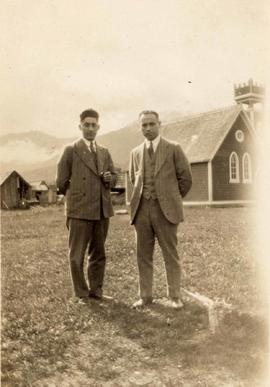 Black and white image of Bill Seidelman and a male friend posing in a field.