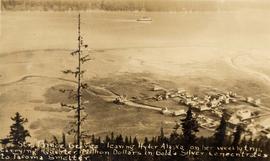 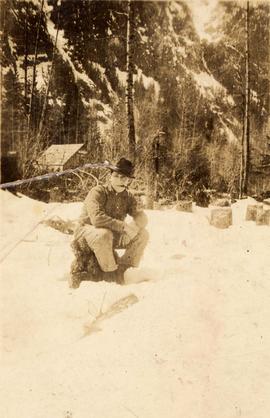 Black and white image of Harry Seidelman seated on a stump in the snow. (As seen in this digitized version. Also available close-up image of same shot that has not been digitized.) 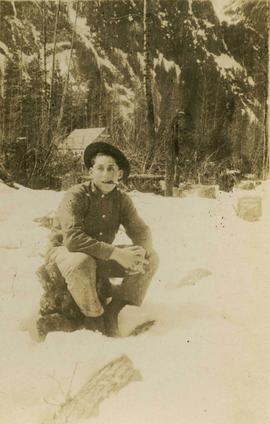 Photograph of Harry Seidelman likely with a cigar in his mouth, in Hyder, Alaska. Harry might be 18 or 19 years old in the photograph. 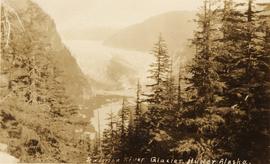 Black and white image of the Salmon River Glacier on a post card. 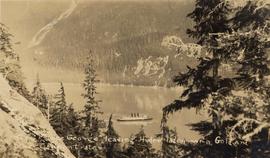 Postcard with image of ship and shore. Caption reads 'Stm "Prince George", leaving Hyder laden with Gold and Silver Concentrates.' Nothing was written on the postcard.