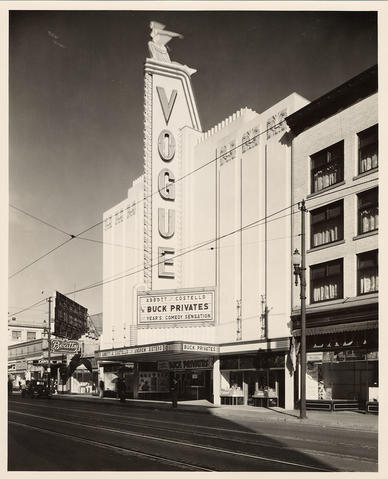 Photograph depicts the Vogue Theatre at 918 Granville St., Vancouver, British Columbia. The Vogue first opened in 1941 as a first run movie house. "Buck Privates" a wartime movie starring the comedy team Abbott and Costello was released in 1941 and is advertised on the marquee of the Vogue in this photo.