Oral history interview with Edwina Heller who was born in 1914 in Warsaw. She taught music for a number of years at the University of British Columbia. 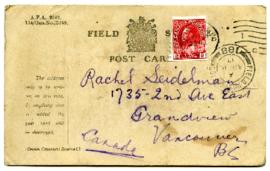 Postcard from Private Edward Joseph Seidelman, dated April 18, 1917. (Assumed sent from France) to Rachel Seidelman of Vancouver. There are sentences already printed on the back of the postcard and some of these sentences have been crossed out. It looks as if this type of postcard was created by the military for soldiers to quickly communicate their current situation to loved ones when there was not a lot of time to write letters of their own. 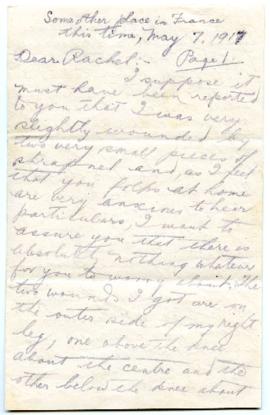 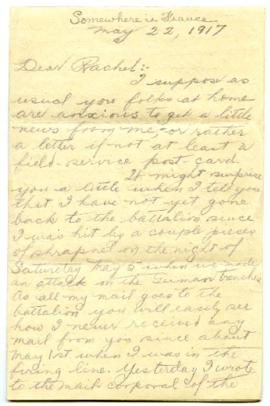 Letter from Private Edward Joseph Seidelman, dated May 24, 1917. Sent from "An hospital 'somewhere in France'" to Rachel Seidelman of Vancouver. Private Seidelman mentions the English papers saying that conscription is going to be adopted in Canada. He also shares his disapproval of the idea of his younger brother, Harry, trying to enlist for the war, especially lying about his age to do so. 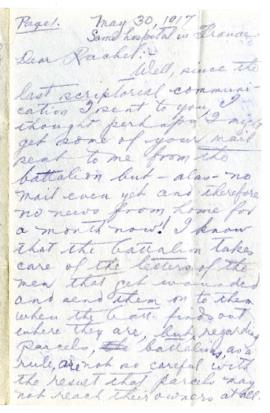 Letter from Private Edward Joseph Seidelman, dated May 30, 1917. Sent from "Same hospital in France" to Rachel Seidelman of Vancouver. In the letter, Private Seidelman mentions that the hospital that he is currently in is not a Canadian one, but an Imperial one. 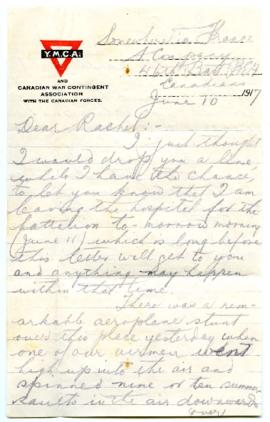 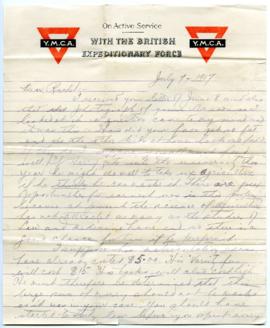 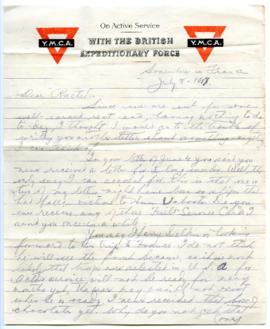 Letter from Private Edward Joseph Seidelman, dated July 8, 1917. Sent from "Somewhere in France" to Rachel Seidelman of Vancouver. In the letter, Private Seidelman talks about his participation in the Canadian advance on Vimy Ridge that took place in April. He also adds the detail, regarding the incident when he wounded his right leg, that the incident occurred at around 11 o'clock on the night of May 5.