Oral history interview with David Morris Korbin who was born in Nelson, B.C in 1941. Grandparents come from Galicia and England. He went on to be a chartered accountant. In 1974 David became the first president of B. C. Development Corp and first... 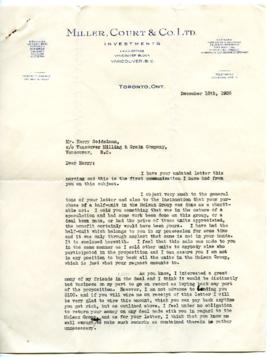 Letter with two enclosures (another letter and a form) from Meredith, Marshall, McConnell & Scott, barristers and solicitors, to Harry and Esther Seidelman regarding their house mortgage. Letter is dated August 11, 1970.