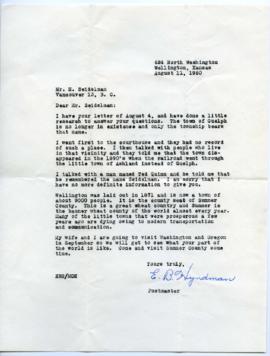 Letter from [E. B. Hyndman], Postmaster in Wellington, Kansas, to Harry Seidelman in Vancouver, dated August 11, 1960. Letter is in response to Harry Seidelman's inquiry regarding his family history in the Kansas area. 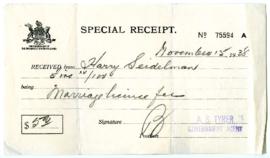 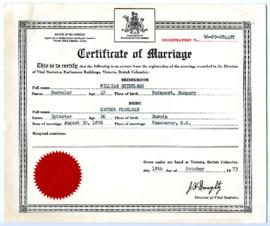 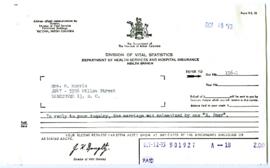 Letter from the Division of Vital Statistics of the Department of Health Services and Hospital Insurance, under the Health Branch of the Government of Canada. It is sent to Mrs. R. Morris of Vancouver on October 18, 1973, replying back to answer h... 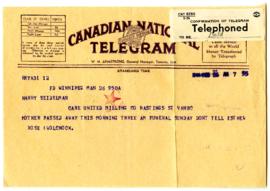 Telegram from Rose Wolchock, a relative in Winnipeg, to Harry Seidelman in Vancouver. It informs Harry Seidelman that Rose's mother passed away. Telegram is dated February 26, 1944 at 7:55 AM. 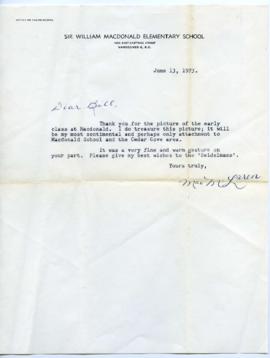 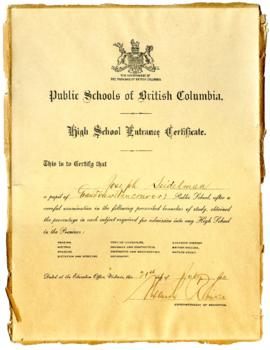 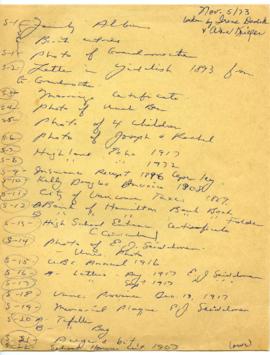 A list of photographs pertaining to the Seidelman family compiled by Irene Dodek and Ann Krieger, dated November 5, 1973. List is paper-clipped with a Seidelman family biography (see Item 2 in this file).