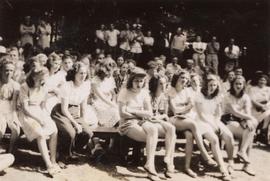 A group of girls at camp

Photograph depicts a group of girls at camp. 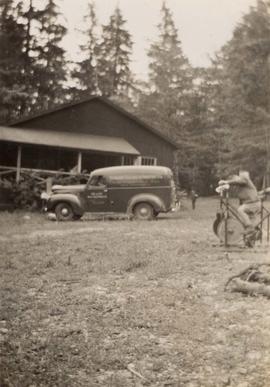 Automobile parked near a camp station

Photograph depicts an automobile parked near a camp station. 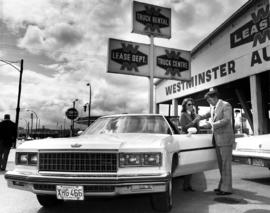 Oral history interview with Boris Chenkis in preparation for the 2015 Scribe on Jewish clothiers. Boris’ parents were born in Chernovke, Ukraine. Boris was born in Belarus in 1952. His family moved to Canada in 1959, when he was 7 years old. His Father was an x-ray technician and got a job in Nanaimo. His mother was a cook. They loved in Nanaimo until 1967 when they moved to Vancouver so his mother could open a clothing store. He talks about going to camp Miriam and Habonim. He went to Israel during his gap year on a Habonim program then went to UBC. In 1984, he opened After Five, a clothing store, with his wife. He talks about running the store and fashion. 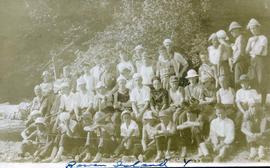 B&W print depicts a large group of campers posing for the camera most of whom are wearing white hats. "Bowen Island 'Y'" is written at the bottom of the image.
Note: colour adjusted on jpg. 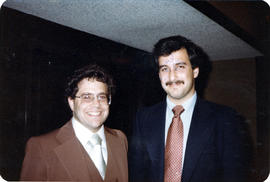 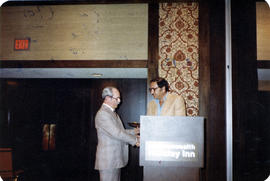 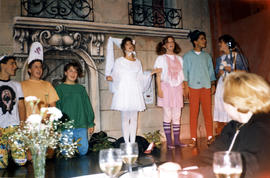 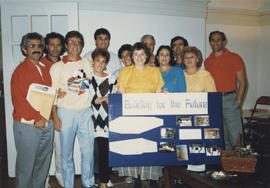 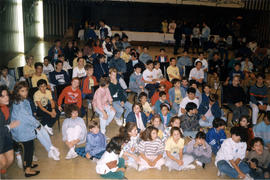 Photograph depicts a group of children.