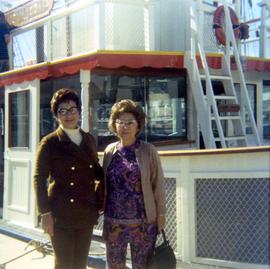 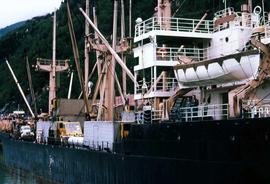 Close-up of a ship called Galena

Photograph depicts the crew of "Glendoon".Three rows of men, most in pea coats and hats, in centre of image; ship deck and life boat in background; labeled "'Ship Glendoon.' at Seattle Wash. 1899."

Deck of sailing vessel S.V. Glory of the Seas

Photograph depicts SV "Glory of the Seas" being cut into a barge.Men working on ship deck; mast and ship's wheel in foreground of image; Seattle waterfront in background. 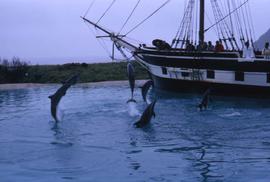 Dolphins jumping in front of a sailing ship 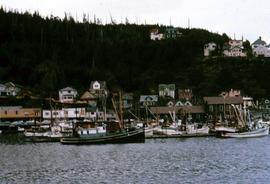