Item L.24886 - [Bernie Simpson seated in a chair with numbers on a wall behind him] 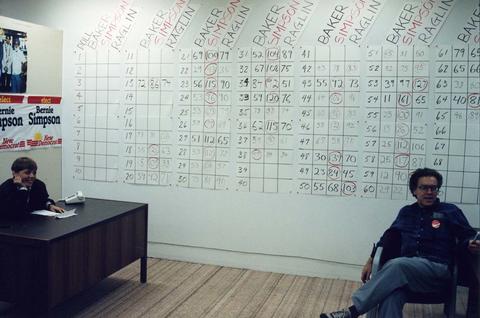