Photograph depicts the Banff Springs Hotel in Fairmont, Alberta, showing a summer view of the hotel and surrounding Rocky Mountains.The hotel was commissioned by Cornelius Van Horne, the general manager of the Canadian Pacific Railway. Designed in...

Photograph depicts the Banff Spring Hotel golf course at the No. 1 green.Four men on golf green, one holding green flag, one putting, the others watching; sand trap in foreground; mountains in background. 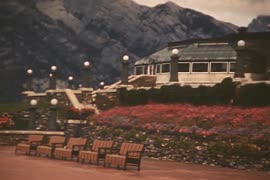 Photograph depicts a group of men and women standing together, with mountains in the background. 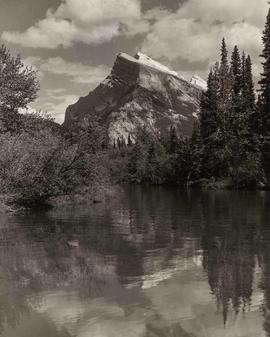 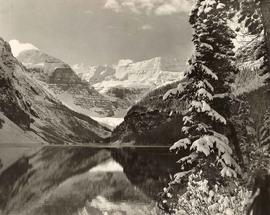