Oral history interview with Max Dodek who was born in 1900, in the shtetl of Karalufka, some 200 miles outside of Vienna, Austria.

Oral history interview with Ronnie Tessler who was born 1944 in Saskatchewan. She volunteered for Louis Brier, Soviet Jewry Advocacy and Vancouver Holocaust Education Centre . She did a photography project called ‘Israel: Between Poetry and Reality’.

Oral history interview with Sally Tall who was born in Austria in 1900. Sally was involved in the Hadassah in Montreal and volunteer Jewish General Hospital during WWII.

Oral history interview with Sella Heller (Sarah Marion Miriam Landau), who was born in Austria, 1909 and her second marriage is to Sam Heller. In Vancouver she was involved in the United Jewish Appeal , National Council of Jewish Women, Hadassah, the Vancouver chapter of the Hebrew University, Ben Gurion University. Sella has been involved in numerous fund raising campaigns and translated her father's memoir - written in German - of being the last surviving member of the Jewish Socialist party in Crackow. 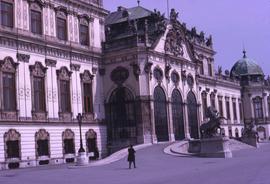 Series contains material from a family photo album focused mostly on the Spitzer family, mostly pre-WWI. Series primarily consists of portraits on card photographs. Other material includes post-WWI photos and a holiday card. For preservation, all material was removed from the original photo album and placed in envelopes.