Oral history interview with Anat Grebler - and her families' history - who was born in the U.S.S.R in 1945 to parents who were active in the Polish Underground during the Second World War. Her father was born in Stanislaw (now Ivano-Frankivsk... 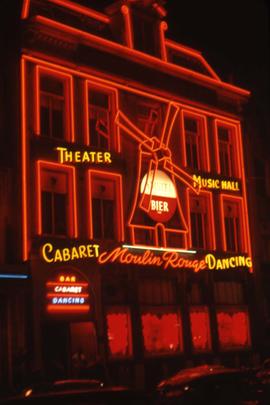 Exterior of the Moulin Rouge theatre 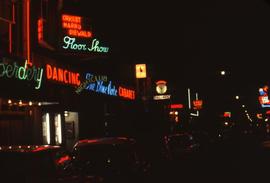 Night time shot of a street

Colour Ektachrome 35mm slide depicts a night time shot of a street which is likely in the red light district.

Oral history interview with Susan (nee Ricardo) Quastel, who was born in the Netherlands, 1923. She lost her sister and parents to the Holocaust. Susan worked as a nurse throughout the war in Holland, than began studied nursing and a course on mat...