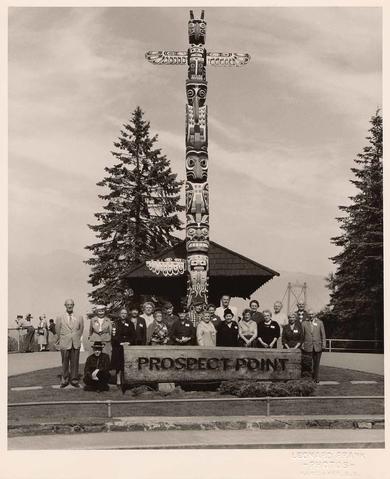 Group of elderly men and women standing around a Thunderbird totem pole at Prospect Point in Stanley Park; sign in front of group reads "PROSPECT POINT"; Lion's Gate Bridge visible in back ground of image.