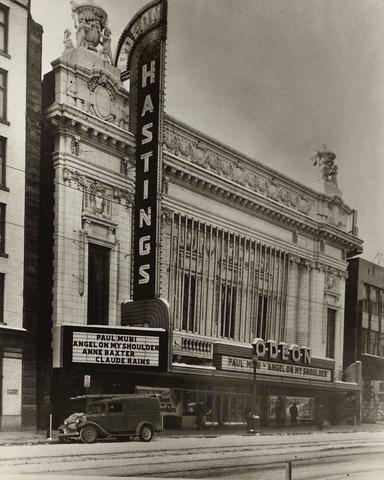 Photograph depicts the Hastings Odeon Theatre at 20 W Hastings St, Vancouver, British Columbia. It started off as a second Pantages Theatre, built by Alexander Pantages during the years of the first World War. It officially opened in 1917 and was home to performances by Charlie Chaplin, Gypsy Lee Rose, and Jack Dempsey. It later became the Beacon, then the Majestic, and finally the Hastings Odeon. When the building began to decay, it was sold to a parking lot operator who razed the building.